Centuries after the ecological collapse of Earth, humanity has spread among the stars. Under the governance of the League, our endless need for resources has driven us to colonize hundreds of planets, all of them devoid of other sentient life. Humanity is apparently alone in the universe.

Then comes the sudden, brutal decimation of Kassa, a small farming planet, by a mysterious attacker. The few survivors send out a desperate plea for aid, which is answered by two unlikely rescuers. Prudence Falling is the young captain of a tramp freighter. She and her ragtag crew have been on the run and living job to job for years, eking out a living by making cargo runs that aren’t always entirely legal. Lt. Kyle Daspar is a police officer from the wealthy planet of Altair Prime, working undercover as a double agent against the League. He’s been undercover so long he can't be trusted by anyone—even himself.

While flying rescue missions to extract survivors from the surface of devastated Kassa, they discover what could be the most important artifact in the history of man: an alien spaceship, crashed and abandoned during the attack.But something tells them there is more to the story. Together, they discover the cruel truth about the destruction of Kassa, and that an imminent alien invasion is the least of humanity’s concerns.

"I haven't had my spine chilled by paranoia this strong since I first read Frank Herbert's Dune." - Dave Duncan, author of The Seventh Sword

"Thriller, political novel, and space opera all rolled into one, with a touch of romance as well, where you can't help cheering for the protagonists, even as you wonder exactly how they'll managed to pull it out." - L.E.Modesitt, Jr., author of the Recluse Saga

"Layers of intrigue unfold in this star-spanning tale of a far-flung humanity." - Paul Melko, author of Singularity's Ring and The Broken Universe 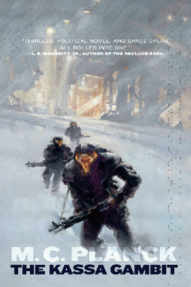 SWORD OF THE BRIGHT LADY

World of Prime Book One

Christopher Sinclair goes out for a walk on a mild Arizona evening and never comes back. He stumbles into a freezing winter under an impossible night sky, where magic is real -- but bought at a terrible price.

A misplaced act of decency lands him in a brawl with an arrogant nobleman and puts him under a death sentence. In desperation he agrees to be drafted into an eternal war, serving as a priest of the Bright Lady, Goddess of Healing. But when Marcius, god of war, offers the only hope of a way home to his wife, Christopher pledges to him instead, plunging the church into turmoil and setting him on a path of violence and notoriety.

To win enough power to open a path home, this mild-mannered mechanical engineer must survive duelists, assassins, and the never-ending threat of monsters, with only his makeshift technology to compete with swords and magic.

But the gods and demons have other plans. Christopher's fate will save the world... or destroy it.

"Planck’s energetic prose is every bit as effective in both registers, and the self-evidently greater ambition of the new book is carried off easily – this will be a series to savor." - Open Letters Monthly

"Readers looking for a new twist on an old story will be interested in this tale of modern idealism set in a gritty medieval world." - Publishers Weekly

"Stranger in a strange land is not a new theme but seldom have I seen it done this well... I can’t wait to see how Planck challenges me as a person and as a reader." - Kobold Press​ 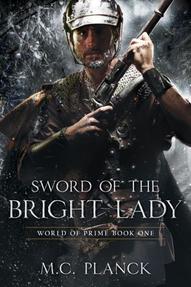 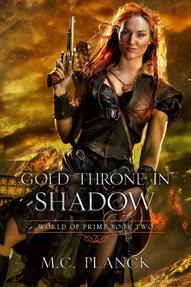 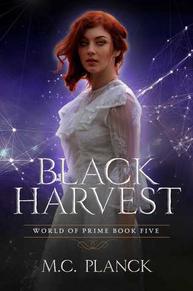 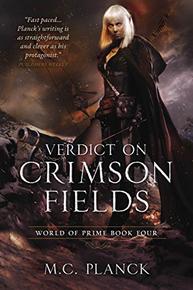 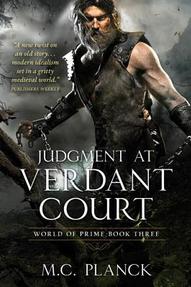 Christopher is sent north to avenge the destruction of County Nordland, but murderous dragons and genocidal goblins are the least of his worries when his allies keep promising to kill him first. His advancement has not gone unnoticed, and even powers outside the realm show an interest in his career. As always, the price is high, and Christopher is not the only one who must pay.​

​"One of the few books this year that had me saying, 'Just one more chapter.'" - Kelly, SF Crowsnest (Goodreads)​

The final chapter in the saga of Christopher Sinclair, mechanical engineer turned priest of war. Be careful what you wish for. Christopher finds himself on a throne, squeezing taxes, and guarding against incipient rebellions. This is a far cry from his democratic socialist revolution. But the danger is not limited to self-betrayal. He has seen the face of his true enemy, and it is a face of nightmare. Immortals and nigh-immortals have plans for him, plots that span a hundred thousand years, and traps of unimaginable deviousness. Against all this, what can one reluctant ruler do? The answer, of course: build a bigger bomb.

Our hero faces evil on two fronts: a friend turned murderer by the power of magic, and an entire nation of murderous wolf-men. One he has to save from the vengeful clutches of the Druids, and the other from the mercenary greed of the king. But the true enemy is despair: the shame of a man who has done terrible things, and the madness of a man who is doing terrible violence. Can Christopher pick a path through broken and bloody bodies that still leaves room for goodness?

"Fast-paced…. Planck’s writing is as straightforward and clever as his protagonist. Fans will enjoy diving headlong into the action. " - Publishers Weekly​

Christopher, raised from the dead and promoted to a moderate rank, takes command of the army regiment he trained and equipped. Sent south to an allegedly easy posting, he finds himself in the way of several thousand rabid dog-men. Guns and fortifications turn back the horde, but Christopher has other problems that cannot be solved with mere firepower: a wicked assassin; hostile clergymen; dubious allies including a bard, Lalania, with a connection to a mysterious group of scholars; and worst of all his own impolitic tongue.

But all of these pale into mere distractions once he discovers the true enemy: an invisible, mind-eating horror who plays the kingdom like a puppet-master’s stage. Lalania claims she can help–but will it be enough?

"...leav[es] the reader eager for the next chapter in this story." - SFcrowsnest